Wading Into the Immigration Swamp

Three reasons to wade in 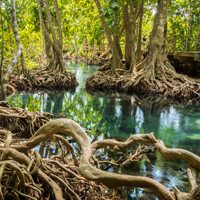 I feel compelled to devote some personal commentary via this forum to the topic of immigration. I think it appropriate from three perspectives:

No illusions, no excuses

I’m not naïve enough to think I will avoid provoking disagreement. I think it is entirely possible to sincerely share common biblical convictions about how we should think about and act toward “the stranger” among us and yet disagree rather starkly concerning legal and political policy. I have no illusions about achieving unanimity concerning the latter.

But the issue has been thrust upon us and we who love God and His Word must not remain on the sidelines as did so many of us during the 1960s civil rights debates. We are called upon to live and bear witness to a Gospel that both redeems and reconciles, that invites us to enjoy and engender shalom wherever we live.

President Trump, in an apparent attempt to spur legislators to forsake their political cowardice and recalcitrance, announced he would discontinue the Obama administration’s DACA (Deferred Action on Childhood Arrivals)—executive order protection of so-called “dreamers.”

Who are the “dreamers”? These individuals arrived in the US as children of parents who entered the country without proper legal authorization, or overstayed the legal authorization under which they originally entered. “Dreamers” number approximately 800,000. As of this writing, no political resolution has been achieved. “Dreamers” live in fear, in legal limbo, despite assurances that they will not be classified as high priority subjects for deportation. 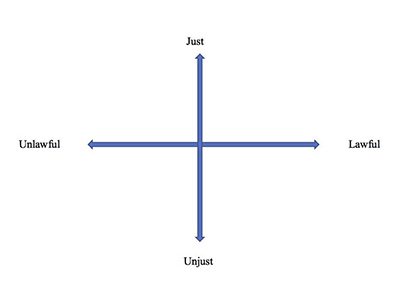 Human systems of government are relatively more or less godly and meritorious based on the congruence of their laws with true justice. Few things provoked Jesus more than the tendency of Jewish legal scholars and political functionaries to interpret and apply the law (both moral and ceremonial) in unjust ways. One of the core attributes of the Eternal Kingdom God has promised and is preparing for His people is that there will be no distinction between law and justice.

In my view, our current legal apparatus relative to immigration is rife with injustice. How has this happened and how can we find a way forward? Let’s continue the journey in my next post.

All of us need it, says Pastor John Piper, responding to reports that Christian artist and pastor Lecrae is distancing himself from “white evangelicalism.” I join Piper and Lecrae in seeking the Lord’s help to pursue true repentance and reconciliation in a time when the racial divide seems to be deepening.