5 Essentials of Board Goverance

The encouragement and counsel received from our Coach was invaluable.  His extensive experience gave great weight to everything he shared.  It was great to spend time with people from other institutions as well.

Our institution will bear much fruit from the training we received. The fellowship was rich.

To advance the sustainability and missional success of biblical higher educational institutions by mentoring board leaders regarding essential principles and practices for effective board governance. Participants will grow in their understanding and embrace of . . .

Acceptance into the training is based on engagement by the president, board chair and three other board leaders. The first step – an institution registers online including the $250 registration fee, the only expense paid to ABHE for the training. After registration, John Derry, the project coordinator, will conduct an interview with the president and/or board chair to make sure questions are answered and expectations are clear.  THE 2022-23 BOARD GOVERNANCE COHORT IS FULL AND REGISTRATION IS NOW CLOSED. Questions regarding the 2023-24 Cohort can be directed to David Medders – david.medders@abhe.org.

Following the initial interview, a distinguished board training coach will be assigned to each institutional board team based on geographical proximity, faith tradition and a coaching assignment balance. The team’s coach will work with the team throughout the training and provide a full-board day of training following the final training sessions at the Annual Meeting.

The Fall training will be offered ONLY for virtual engagement via Zoom – all day on Tuesday, September 20, 2022. During this day of training, each board team will identify the top 2 or 3 of their final 5 Strategic Action Steps for board development with assistance from their coach. Since this training is virtual, additional board members may participate.

The Spring training will be offered ONLY for on-site engagement – all day on Wednesday, February 15, 2023, plus the following two days of the Annual Meeting workshops and plenary sessions. This will result in a further identification of Strategic Action Steps for continued board development.

In the year following the Spring training, each institution will plan a full board meeting/retreat with their coach. This will include a review of the Excellence in Board Governance principles, progress on addressing the 5 Strategic Action Steps created by their board leadership team and encouragement for further board pursuit of excellence.

In addition to the PowerPoint slides from the presentations, ABHE will provide professional, 15-minute Board Governance Training Videos for use in ongoing board development.

The ABHE Board Governance Training Program is designed to help boards fulfill their roles and responsibilities to the institutions they serve with clarity, effectiveness, and excellence, based on the following:

5 Essentials for Excellence in Board Governance

Embraces the value proposition of the institution, its mission & culture

Creates and maintains a steward board culture

Understands and exercises steward board authority

Ensures the sustainability of the institution via strategic thinking and planning

When boards demonstrate substantial completion of their 5 Strategic Action Steps, they will be honored during the subsequent Annual Meeting with a framed Certificate of Excellence in Board Governance.

Each institution will be assigned a coach with extensive experience in higher educational governance. The coach will work with the board leadership team (BLT) and will be available for consultation throughout the entire training process — resulting in the crafting of 5 Strategic Action Steps. Institutions may request a preferred coach from the following list of coaches who have helped design this program. 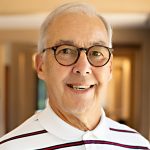 Jim Barnes, President Emeritus of Indiana Wesleyan University, served as president for 19 years.  During that time God blessed the institution in innumerable ways resulting in significant enrollment growth in both the traditional campus enrollment and the adult & online enrollment.  During Jim’s 19 years the campus expanded considerably with the addition of several new buildings and the campus was debt-free at his retirement.  An IWU alum, Jim  earned a master’s degree from Kent State University, an Ed.S from Vanderbilt University, and the Ed.D. from the University of Georgia.  Jim was also the recipient of a research grant from the National Endowment for the Humanities.

Jim taught at Wesleyan Academy (Puerto Rico) Southern Wesleyan University and Indiana Wesleyan prior to serving in various administrative positions at IWU and Houghton College (Vice President for Academic Affairs).  After retiring as president at IWU, Jim joined a consulting firm and has consulted with over 60 institutions regarding executive searches, adult & online education & board governance.  As an ABHE Senior Fellow, Jim has championed board governance and has conducted board governance workshops for both CCCU and ABHE institutions.

Jim, and his wife, Tommie are members of The Wesleyan Church and reside near Knoxville, Tennessee.  They have two children and five grandchildren. 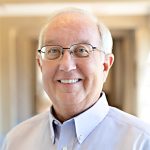 John Derry is President Emeritus of Hope International University (HIU) in Fullerton, California, recently completing sixteen years of service. Previously, he served as president of Dallas Christian College, Texas, vice president at Milligan College, Tennessee, pastor of Vermont Christian Church, Illinois, and campus minister at Western Illinois University. He is a graduate of Lincoln Christian University with a B.A. and M.A., completed a M.S. degree at Western Illinois University, and earned his Ed.D. in higher education administration from East Tennessee State University. He is an ordained minister with the Christian Churches and Churches of Christ.

John has authored articles and spoken nationally and internationally on Christian leadership, globalization, and higher education. He has extensive experience serving on the board of directors of non-profit and faith-based organizations, and has advised college presidents and trustees on issues related to collaborative ventures and mergers.

While serving as president at HIU, he chaired several regional accreditation teams, taught courses in strategic planning/management and in nonprofit board governance. The university reached a record enrollment of over 2000 students and achieved programmatic accreditation with ABHE. In 2016, he led in the merger of Nebraska Christian College with HIU. He has also assisted Dallas Christian College most recently as Interim Vice President for Academic Affairs and serving as trustee with the Christian Church Leadership Foundation.

John and his wife, Jane, are members of Compass Christian Church and reside in Denton, Texas. They have two children and eight grandchildren. 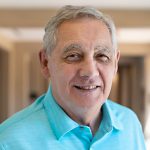 David Gyertson is a strategic initiatives consultant and executive coach to faith-based organizations and their leaders. He specializes in Board governance training, transition planning and special projects implementation. He conducts leadership retreats in areas of spiritual formation for organizational leaders, ministry professionals and others desiring to grow personally and professionally as committed followers of Christ. He has delivered lectures, workshops and seminars and published numerous articles on a variety of topics related to Christian thought and practice as well as faith-based organizational excellence and effectiveness.

David has a broad and varied background in higher education, publishing, consulting, executive coaching, ministry and media.  He has held senior leadership positions in religious, charitable, broadcasting and business environments, including international and cross-cultural settings. He has been a senior executive in several settings including as President of Regent University, as well as Asbury University (Kentucky) and Taylor University (Indiana). Gyertson is an ordained minister having served in senior pastoral positions. Most recently, he was Associate Provost and Dean of the Beeson School of Practical Theology and Professor of Leadership Formation and Renewal at Asbury Theological Seminary. Having graduated from a Canadian Bible College, he went on to Spring Arbor University (MI) as well as the University of Toronto eventually completing the Ph.D. from Michigan State University with a concentration in higher education administration and organizational communications.

David and his wife Nancy attend the Free Methodist Church and live in Wilmore, Kentucky. They have two grandchildren. 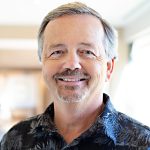 Scott Rodin has a passion for helping Christian ministry leaders take a biblical approach to board development, leadership training, strategic planning and raising kingdom resources. Over the past thirty years he has worked with leaders and boards from hundreds of organizations in the U.S., Canada, Middle East, Great Britain, China, North Africa, India, the Philippines and Australia.

Scott is married to Linda and they reside in Spokane, Washington.