Immigration: How Do We Get Out Of This Morass? 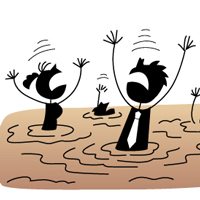 Thus far in my admittedly cursory commentary on immigration, I have made the following assertions:

So, around what principles might we unite as we pursue cultural repentance and seek political solutions?

I support the Evangelical Immigration Table’s Evangelical Statement of Principles for Immigration Reform as a commendable set of basic elements of a biblical posture relative to immigration. Here is an excerpt:

Our national immigration laws have created a moral, economic and political crisis in America. Initiatives to remedy this crisis have led to polarization and name calling in which opponents have misrepresented each other’s positions as open borders and amnesty versus deportations of millions. This false choice has led to an unacceptable political stalemate at the federal level at a tragic human cost. We urge our nation’s leaders to work together with the American people to pass immigration reform that embodies these key principles and that will make our nation proud. As evangelical Christian leaders, we call for a bipartisan solution on immigration that:

I realize that embrace of the above principles leaves a chasm that can only be bridged by a commitment to engagement and compromise. But we “strangers” who through the blood of Christ have been reconciled to God and to one another (Eph. 2:11-22) must take the courageous and costly initiative to:

I invite you to join me in praying and participating toward the realization of such ends.

This essay by Mike Kuhn (Institute for Middle Eastern Studies) observes that, real people are daily presented with opportunities for witness to the nations that, a generation ago, were available only to “missionaries.” In light of that reality, Kuhn exhorts fellow believers to abandon approaches to evangelism that are born of fear and artifice and instead to embrace authentically relational engagement with our neighbors.

Is there any kernel of truth in Donald Trump’s callously profane characterization of countries like Haiti? Wheaton College Humanitarian Disaster Institute director, Kent Annan, suggests there is. But Annan posits several other truths about Haiti that are essential to framing a Christian perception and reaction to ravaged, corrupt, and seemingly hopeless countries such as Haiti.