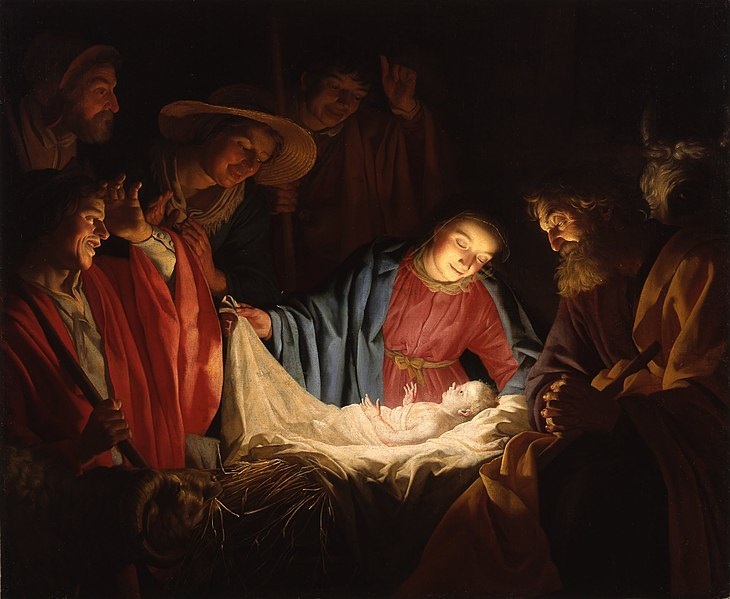 Since this is Christmas season, I am suspending postings to My Leadership Lane Assist series until the new year. In the meantime, I offer the following seasonal meditation that has occupied my attention for several months.

It’s that time of year again — the time we turn back to Gospel nativity narratives. You know, Matthew 1-2, Luke 1-2, John 1, Colossians 1, Hebrews 1 and perhaps their prophetic antecedents Isaiah 7 and 9, and Micah 5, to name a few. I hope your personal Bible reading plans include re-reading and meditating on these and other passages during this season.

Some months ago, my regular Bible reading took me back to Matthew’s Gospel and once again to chapter 2. The text is so familiar I can recite a good bit of it, and the cast of characters is so familiar I am inclined to overlook all but the baby Jesus. Just in case you have forgotten, here in order of appearance is a list of all the characters mentioned in that particular chapter of Matthew’s nativity account:

The Star of the Story 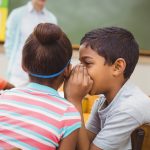 The story is told of a young elementary school age boy in Sunday School for whom this was clearly not his first Sunday School lesson. In an attempt to creatively illustrate a point, the teacher invited the children to guess the name of a creature she described as follows: It is a small creature who lives in trees, has a bushy tail, and likes to store and eat nuts. The young boy was overheard whispering to the friend next to him:

I know the answer is JESUS but that sure sounds like a squirrel to me!

Of course, we who read Matthew’s Gospel today very well now know that, in fact JESUS is most certainly the correct answer to the question, Who is the most important character in Matthew chapter two? The tiny infant the Magi encountered there in Bethlehem (Note: there is no evidence the Magi arrived when baby Jesus was still sleeping in a manger) is the Person around whom all of human history revolves. In fact, any interpretive framework that fails to recognize God — more specifically, the Trinity’s Second Person, Jesus the promised Messiah who left the riches and glories of heaven to take on human form and win reconciliation of His people and restoration of His creation — as the central character of the entire biblical narrative is a tragic distortion, one we should seek to correct for ourselves and others at every turn.

I wonder, however, if we might do well to pause and place ourselves in the moment of which Matthew’s endearing nativity narrative speaks? From the perspective of the other members of the cast in that time and place and of Matthew’s first readers, another character likely looms much larger than does Jesus to those of us who read the narrative from the antiseptic distance of two millennia. I’m speaking about Herod.

For people living in Palestine at the time of Jesus’ birth, perhaps no person cast a larger and blacker shadow upon their times than Herod. Herod — or Herod the Great, as he has often been designated by historians — cunningly maneuvered militarily and politically for dominion over Palestine and was ultimately elected “king of Judea” by the Roman Senate in the year 40 BC, an appointment to which he vainly and viciously clung for four decades until his death.

Of the Idumean (Edomite) dynasty, Herod was raised a Jew and sought to gain acclaim among the Jewish populace and his Roman patrons alike through his repressive imposition of peace and his undertaking of architecturally magnificent and aesthetically marvelous public works projects.

Among other things, Herod successfully commissioned such ancient wonders as reliable water supplies for Jerusalem, dazzling cities such as Caesarea Maritima, the near-impregnable Dead Sea desert fortress Masada, and his magnum opus the so-called Second Temple — known to this day as Herod’s Temple — in Jerusalem. Construction of that vast complex — or, more accurately, the effort to transform the comparatively homely temple erected in Ezra’s time from a source of national humiliation to one of national pride — began at least two decades before Jesus’ birth and was not fully completed until just before its virtual obliteration in AD 70. Matthew describes how the glittering opulence of the temple complex mesmerized Jesus’ disciples as they gazed upon the shimmering spectacle with the setting sun as a backdrop (Matthew 23:1-3).

Had there been a 24/7 news cycle, Herod would have dominated the headlines. Thoughts of him no doubt evoked reactions ranging from fawning, to loathing, to abject terror. His presence seemed inescapable and his capacity to inflict suffering and anguish with impunity and implacability seemed insuperable. His callous decadence and shameless debauchery went on and on without abatement or apparent consequence.

History, however, has largely labeled that so-called king as nothing but a petty pretender, a manipulative, menacing martinet who, in one of sovereign history’s delicious ironies, died an utterly humiliating and unspeakably agonizing death before the baby-king he sought to obliterate with bloody cravenness reached the age of twelve.

The Headlines of Your Heart

We do well to remember that most people living at the time of Jesus’ birth would have been obsessed with Herod’s atrocities and oblivious to heaven’s agenda. Not many of Matthew’s contemporaries were dialed-up and clued-in to what God was up to.

The people who dominate our headlines today are more-or-less bit players in God’s Big Story.

Oh, the presence of such individuals in the story may be gravely consequential for those of us their contemporaries, but the part they play is by no means as permanent and preeminent as it seems in the moment.

Truth is, the little boy in that Sunday School class was right. The answer to, Who is the central character in the story? really is: JESUS!

This is a good time of year to seek Central Casting’s help to ensure that we’re really reading the script from the proper perspective. The True King’s birth was not thwarted by Herod, his life was not taken by his enemies, his death did not signify defeat but victory, and his reign has begun among us and will be fully realized upon his imminent return.

A Christmas hymn for your heart:

Joy to the world, the Lord is come!
Let earth receive her King…

Joy to the earth, the Savior reigns!…

He rules the world with truth and grace,
And makes the nations prove
The glories of His righteousness,
And wonders of His love.

Not a single member of today’s cast of headlining hooligans — no matter how eminent or evil — can scoop or shove aside that news from my heart’s headlines. Joy to the world indeed!