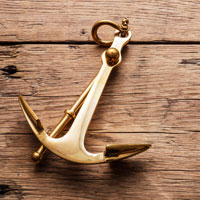 Both the Old and New Testaments (Daniel 2:21; I Thessalonians 5:1) instruct us that awareness of the times and seasons is a gift to be sought. Such awareness requires leaders with the gift of insight to distinguish between chronos—you might say, marking time—and kairos—you might say, making the most of time in terms of redemptive engagement.  I ardently believe that the times in which we live represent a Kairos moment for Christian higher education.

The original impetus for Higher education in America is expressed in the following—what today we might call—mission statement: “To be plainly instructed and consider well that the main end of your life and studies is to know God and Jesus Christ.” In their must-read recent book, Mission Drift, authors Peter Greer and Chris Horst go on to describe the 1636 founders’ intentions for—you guessed it—Harvard University: The university employed exclusively Christian professors, emphasized character formation in students above all else, and rooted all its policies and practices in a Christian worldview (pp.16-17).

How Soon We Forget

Less than 80 years later, a group of New England pastors led by Cotton Mather, deeply troubled by Harvard’s veering from its original Gospel-centered vision, enlisted the financial sponsorship of Elihu Yale in order to found the University that bears his name. The overwhelming majority of US private higher educational institutions emanated from a genuinely Christian impetus and biblical outlook. Private Christian colleges dominated the higher education landscape in both student and institutional numbers until after the post-Civil War Morrill Act established public land grant universities. In many ways, the story of American higher education is a tragic story of devolution and deviation from a once-godly purpose. If you care to, you can read about this in excruciating detail in James Burtchaell’s 1998 tome, The Dying of the Light: The Disengagement of Colleges and Universities from Their Christian Churches or Al Meyer’s more recent, Realizing Our Intentions: A Guide for Churches and Colleges With Distinctive Missions.

American education’s defection from its gospel-centered impetus has from time to time been punctuated by revival and renewal movements that issued in new educational institutions with a passion to re-center their purposes and reform their educational means and ends. In the late nineteenth century, one such movement began that has had a profound influence on evangelical Protestantism. Its impact has been felt in every part of the world, producing a large percentage of North American evangelical missionaries and serving as a primary educational enterprise for local church expansion and development, not to mention national and global societal virtue and good works. This phenomenon came to be known as the Bible College movement. From the humble 1882 beginnings of the Missionary Training Institute (today’s Nyack College) to the launching of such schools as Moody Bible Institute in 1886, and Toronto Bible School (today’s Tyndale University College & Seminary) in 1894, the Bible college movement has proliferated over the past century and more. As it has been in the past, so is it now: institutions of biblical higher education owe their existence and relevance to the fact that they are both products of and catalysts for spiritual movements.

I could name quite a few recently founded institutions of biblical higher education that partake of that same DNA: they emanate not merely from the parochial institutional initiative of a local church but from the global spiritual impulse that pervades and animates it. Their vision is not merely to produce graduates with a respectable, if peculiar, biblical outlook but to mobilize men and women who are aflame and equipped with the Gospel into every walk of life. Today’s best biblical higher education institutions can accurately be described as academically serious, gospel-centered, and discipleship-oriented, fostering spiritual and ministry formation.

How can this vital movement retain its missional center? That is a question I will explore in upcoming posts.

I don’t know about you, but I haven’t stopped smoldering with anger and outrage in the wake of this summer’s revelations about Planned Parenthood’s fetal tissue trafficking. My simmering is accompanied by incredulity. How could anyone euphemize the peddling of fetal tissue? Turns out Planned Parenthood’s fruit comes right from the root: founder Margaret Sanger. Brian Fisher’s two-part expose’ concerning Sanger’s racial eugenics philosophy will help clue you in.

I know you are as appalled as I am about the staggering numbers of Syrian refugees flooding into Turkey and Lebanon. One-third of Lebanon’s population now consists of Syrian refugees. Meanwhile, Turkey has the world’s largest Syrian refugee population, exceeding 2 million. While we North American Christians sit on the sidelines, it seems. As the tiny but heroic Christian church in Turkey immerses itself in rescue and relief, ISIS spews death threats. Let this WorldWatch Monitor report fuel your prayer. And if you wish some specific ways to act, blogger Ann Voskamp has offered at least five specific connections to help you welcome refugees.