The Frog in the Kettle

A new higher education narrative: the kettle is boiling … 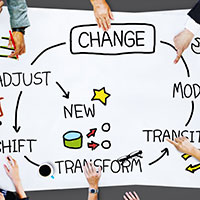 In addition to the tectonic shifts we are confronting within the church and biblical higher education itself (see my recent series of posts, beginning with Anchoring Against Mission Drift) additional currents are swirling within North American higher education in general. A new narrative dominates the air waves. It appears in articles from both the political and ideological left and right, both in print and in near-viral digital forms such as EPIC 2020 and 2012 The Tipping Point. The narrative is propounded in the mainstream media, political speech and governmental policy, and propagated through major grant funding awards intended to shape reform and incentivize innovation according to its dogma. The tone of much of this narrative feels increasingly urgent and the pitch sounds alarmist and shrill, if not outright dismissive and triumphalist.

The end is near …

In light of the above realities, the narrative continues, higher education as we have known it in the 20th century will be obsolete by 2020–or at least its landscape will be altered in revolutionary proportions. For example:

Ready to boil over?

What about this narrative? The logic seems impeccable, the trajectory inevitable. In my opinion, while many of the above assertions must be reckoned with, several key premises are debatable, others deeply flawed. In upcoming posts, I will seek to identify some propositions we must vigorously reject and some realities to which we must awaken. Failure on either front will seal our fate as surely as that of the frog in the kettle.

Our friend Jeff Suderman passed along this helpful Ruffalo Cody (formerly Noel-Levitz) e-Expectations study. Make sure your enrollment management team gets this link. They would profit from subscribing to Jeff’s blog. Better yet, make sure someone from y0ur institution is signed up for Jeff’s February 10, 2016 annual meeting workshop, Enrollment Planning – Seven Common Mistakes & How to Avoid Them.

What is Oprah leading us to believe?

Here is a simple and straightforward analysis of the new kind of “belief” Oprah Winfrey is touting. I wonder to what extent your students (dare I say your faculty) have absorbed, even adopted this definition and are importing it into their professed relationship with God?