Born of a Woman 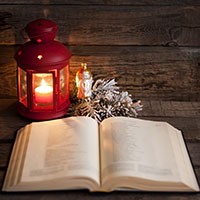 In the fullness of time … take three

Born of a woman: What does this tell us about Jesus’ status?

Paul’s observation that Jesus was born of a woman does not likely signify anything regarding the “miracle” of the immaculate conception. The terminology here is identical to Jesus’ description of John the Baptist as “among them that are born of women” (Mt. 11:11, italics mine). What this phrase does connote, however, is that Jesus’ status is one of astonishing humility and genuine humanity.

The humiliation of Christ is not exclusive to His submission to a shameful death on the cross. No, Christ’s humility is revealed every bit as much by the circumstances of His birth as by those of His death. What a marvel. The one who created women confines Himself to the womb of a woman! The Omnipotent One empties Himself of personal agency. The infinitely Self-sufficient One becomes utterly dependent.

Born under the law: What does this tell us about Jesus’ subjection?

Not only, however, does Paul tell us that Christ is born of a woman, but also that He is born under the law. Jesus our brother was not exempted from the rules to which all humans are subject in pleasing their Creator. Nor was He exempt from the curse (c.f., Galatians 3:13) to which every lawbreaker is subject: the death penalty. On the basis of His substitutionary submission to suffer in the most gruesome way on the cross the law’s death penalty, He exempts His redeemed ones from carrying out that sentence. On the basis of His infinitely perfect obedience to the law, He may now impart a record of perfect obedience to His redeemed ones. Justification means not only that we who believe in Him are “just as if we had never sinned,” but also “just as righteous as Christ.”

What Child is This, indeed?

Why lies He in such mean estate
Where ox and ass are feeding?
Good Christian, fear: for sinners here
The silent Word is pleading.
This, this is Christ the King
Whom shepherds guard and angels sing.
Haste, haste to bring Him laud,
The Babe, the Son of Mary.

How do we make sense of the torrent of information we encounter on a daily basis in this digital age? Here is a worthwhile read from Barna Group president, David Kinnaman, in which he shares some of his personal cutural intelligence strategies. Don’t forget David will be reporting results from an ABHE-Barna Group research project at this coming February’s ABHE annual meeting.

Message to entitled students: College is not daycare!

You might be interested in reading Oklahoma Wesleyan president, Everett Piper’s, response to students who profess discomfort with persons or ideas that unsettle them. He doesn’t mince words.

This essay by Christianity Today executive editor, Andy Crouch, is the most biblically sound and sane perspective I have encountered in the wake of this month’s “prayer shaming” uproar. In case “prayer shaming” is not a familiar concept to you, it’s the newly-coined social media term describing the visceral repudiation of public expressions of “our thoughts and prayers are with you” in the wake of humanly-perpetrated tragedies such as the San Bernardino massacre. Some, including political leaders like Rep. Chris Murphy, have ridiculed expressions of empathy and prayer as shallow and hypocritical, suggesting that legislative action is the more sincere and effective response.